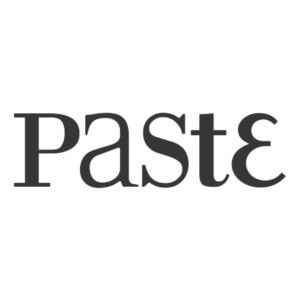 Only a few years ago, navigating Paris with a vegan appetite would have been close to impossible. Traditional French fare favors hearty cuts of meat, cheese plates after dinner and food that has been cooked in butter or duck fat, making even the most unsuspecting dishes off-limits for vegans. Only serving to make it worse, there was a lack of understanding as to what falls within a vegan diet—were eggs ok? What about honey?

But recent years in the capital have witnessed an abundance of vegan- and vegetarian-friendly restaurants like those you would stumble upon in many Anglophone cities, favoring the seasonal produce that grows so abundantly and crowds the city’s greenmarkets on a daily basis. These restaurants have innovated French techniques and borrowed from other cultures to make vegetables and fruits the highlight of the dish rather than an afterthought, and like many of Paris’ more gastronomic spots, often feature menus that rotate with the season, ensuring fresh, local dishes year round.

Though I’m not a vegan myself, I do very much appreciate the vegetable-laden culinary innovation in Paris—it’s a nice reprise from standard café food, and one that ensures more thought has been given to each dish to take it beyond the status quo. I’ve guided several vegan friends through Paris, and these were the spots that made their visit a trip to remember, and finally allowed them to gush about the delicious food in Paris.

1. Wild & the Moon
I’m convinced that Wild & the Moon (pictured above) was designed to be an Instagram paradise. The bright, natural lighting paired with an abundance of greenery makes the café the perfect spot to Instagram their signature smoothie bowls, golden lattes and wide selection of vegan lunch bowls, like cauliflower “couscous” with nut cheese, cucumber, parsley, mint, pomegranate and chick peas. They specialize in raw, cold-pressed juices, but sell plenty of tiny treats as well, like homemade energy bars, granola and kale chips.

They offer vegan “formules,” allowing diners to try their appetizers, entrées, and desserts at a reasonable price. The must-try dishes here are the “avocat style œuf dur” (a hard-boiled egg style avocado), where an avocado is served filled with a chick pea and turmeric spread, and the chick pea pancakes smothered with cashew cheese. The main dishes rotate with the seasons, and feature flavorful roasted vegetables and vegan gnocchi, which surely must be the holy grail of vegan fare.

3. Miznon
Just off the cobblestone rue des Rosiers in the Marais, Miznon is only steps away from some of the hottest falafel competition in Paris. But this Israeli-run restaurant specializes in homemade pita sandwiches that nearly melt in your mouth, filled with roasted vegetables and a healthy smattering of tahini. Their whole-roasted cauliflower and broccoli heads are both to die for, and the pitas are perfect when to appease both omnivore and vegetarian and vegan eaters.

For vegan fare, remember to ask for their popular ratatouille pita sans œuf (without egg). Miznon is closed for all Jewish holidays, so make sure to check your calendar before you head over, and get there early—they get busy fast.

4. Le Tricycle
This entryway to this tiny Rastafari restaurant in the heart of the 10th arrondissement is filled with crates of produce, as a team of chefs prepares their signature variety of vegan hot dogs and vegetable grain bowls. They use organic produce, and the bowls are always changing, from vegan “chili” to eggplant marinated in soy over a bed of rice and beets. It is a perfect inexpensive lunch option that will keep you full for hours, where adding avocado is always a good idea.

5. Café Pinson
Café Pinson is the go-to spot for when you have a craving for vegetarian comfort food. The ambiance is perfect for dining with close friends, and they serve up a wide variety of vegan appetizers and entrées, from soups and salads to hearty vegetable bowls. A true sign of their innovative nature, though, was a recently spotted ceviche made with mushrooms rather than seafood. Better yet? There are two locations in Paris if you’re tight on time.

6. Le Bichat
If you’re hoping to appease omnivore friends, head to Le Bichat near the Canal St. Martin. Here, you make your own bowl, choosing between vegetarian and omnivore-friendly options. As an added bonus, they always keep a vegan dessert on hand, which surely can be justified by a long stroll around the Canal.

7. Bob’s/Shakespeare and Co.
The Left Bank cheered in 2015 when Bob (of Bob’s Kitchen, Bob’s Juice Bar, and Bob’s Bakeshop) became available on the other side of the Seine at the Shakespeare & Co. Café. Next to the historic bookstore of the same name, they serve up Bob’s famous baked goods, as well as some phenomenal veggie stew that is particularly welcome on Paris’ cold, misty days. While you’re there, it would be a shame to leave without trying the coffee, which is locally roasted by Café Lomi.