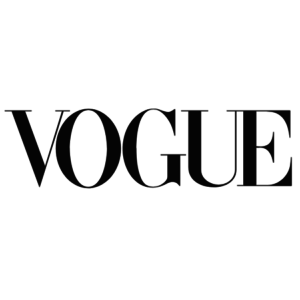 Heavily spiced steak tartare; duck in a red wine jus; entrecôte with a mustard topping and a side of potato dauphinoise; coq au vin. Perhaps more than croissants and tarte au citron, French cuisine is famous for sauce-laden dishes of meat, which is why vegetarians often view a trip to Paris as a week filled with goat’s-cheese salads and daily trips to the Rue des Rosiers for yet another falafel.

But to the benefit of our waistlines, our wallets, our planet, and of course our palates (this is France, after all), a number of Parisian chefs have taken the somewhat controversial step of swapping meat for marrows and mushrooms.

It likely all began with the two Alains: Ducasse and Passard. Both are household names in France and won back or maintained their third Michelin stars for their restaurants (Alain Ducasse au Plaza Athénée and L’Arpège, respectively) after exorcising red meat and poultry from their tasting menus. Creating exquisite courses out of little more than spinach, leeks, nuts, and truffles not only redefined how we think about French cuisine, it was also the ultimate test of their talents.

“It was the most difficult thing I have ever done,” says Ducasse. “Animal fat is already so filled with flavor that you don’t have to do much to make it delicious, but vegetables, they have to have love and attention if they are going to be the star of your plate. You see, vegetables do not start sexy, they require work to become that way.”

And while perhaps half of the population of California would vehemently disagree with him, it turns out that broccoli, kale, and sweet potatoes do need more than a spiralizer or a cold-press juicer to make us talk about them in the hushed tones we usually reserve for oysters and wagyu beef. They need the French touch.

Because where the Alains led, the rest of the city soon followed, with everyone from Éric Briffard, executive chef and culinary arts director of Le Cordon Bleu Paris, and the famous Joël Robuchon to Christophe Moret at the Shangri-La Hotel, Paris and Thierry Marx at the Mandarin Oriental Paris halving their butcher’s inventory so that they could place a heavy emphasis on all things green. And as a result smaller brasseries and bistros also started rewriting their menus, changing Parisians’ perceptions of what it means to have a vegetable-based diet.

“Previously, when people ate vegetarian food in France, we thought, ‘Oh dear, they must be ill.’ But now we think, ‘Ah, they are being healthy, and they have seen the beauty in vegetables.’ The connotation has changed a lot,” says Moret.

And for anyone as obsessed with quality as these chefs are, only the freshest, most flavor-filled vegetables will do. Which, if you’re a bit of a control-freak, means building a vegetable garden of your own. Although, this being Paris, rest assured that we are not talking about a few rows of tomatoes behind a shed in the suburbs. Oh no. Think resplendent gardens in the grounds of the Palace of Versailles tended to by farmers with Renaissance-era techniques, rooftop potagers overlooking the Seine, and the Île Saint-Louis and farms just outside of Paris that boast views all the way to the Eiffel Tower on a clear day.

And from these exquisite gardens come burlap sacks filled with produce that are delivered each morning to the kitchens of Paris, so that the chefs who influence the gastronomic trends of the world can decide exactly what is on the menu that day.

And really, we shouldn’t be surprised by this newfound focus on greenery. The French have always had an impressive ability to make the everyday seem glamorous, and beautiful gardens producing sexy produce is a typically Parisian way of turning clean eating into the most romantic idea in the world.

Here, a look at some of the plant-based restaurants in Paris:

Alain Ducasse au Plaza Athénée
Grown in the grounds of the Chateau de Versailles and eaten in one of the most beautiful dining rooms in Paris, Ducasse’s vegetables experience life at its most glamorous. With 21 Michelin stars in total, the man is a legend in the culinary world, but it is this, his flagship restaurant, that he is the proudest of. With some fish and cereals but a focus on vegetables, he has transformed the menu in the past 18 months, saying, “I am convinced that the time has come to create a haute cuisine out of vegetables and cereal. It is a world of new flavors to explore.”

L’Arpège
Often cited as both the best and one of the most expensive vegetarian restaurants in the world, L’Arpège, which is tucked away in a small street by the Musée Rodin, sets the bar high. The tasting menu in particular is a work of art, with a dozen courses that change according to the seasons, allowing Passard to triumph in the notoriously difficult task of creating an indulgent meal that leaves you feeling energized.

Le Café Le Cordon Bleu Paris
Recently, the internationally renowned Le Cordon Bleu culinary school has been home to a magnificent 8,000-plus-square-foot rooftop vegetable garden overlooking the Seine. This was the brainchild of Éric Briffard, former head chef of the Four Seasons Hotel Georges V, who has now opened a restaurant at the Le Cordon Bleu institute filled with vegetable stews, hearty salads, and rich ratatouilles for a fraction of the price of his previous ventures.

. . . To the neighborhood favorites

Le Tricycle
Does anything sound less French than a vegetarian hot-dog stand? Perhaps not a question to ask the two Parisian owners, Coralie Jouhier and Daqui Comis, who make veggie hot dogs from wheat and soya smoked over beechwood, which are then placed in baguettes topped with different combinations of fresh salad. Tucked away in a very trendy street in the 10th Arrondissement, it has no logo—which means it is mainly identifiable by the long line of French hipsters waiting outside.

Le Potager de Charlotte
In a step that would have horrified most Parisians a few short years ago, this pretty restaurant, which means “Charlotte’s vegetable garden,” is not only vegetarian, it’s vegan. French cooking is all about butter, cream, and eggs, and it takes real imagination to create a menu that is both traditional and deliciously indulgent without any of those ingredients—think rich mushroom gnocchi, vegetable chips dipped in thick egg-free mayonnaise, and lemon tart that inexplicably tastes buttery.